Until 23:59 of August 9th, 2021, VégéBon’s plant-based chicken nuggets raised a total of 850,000 NTD . This amount was 1420% more than originally expected. VégéBon wanted to spread the kindness and gave back 100 kg plant-based chicken nuggets and 10% of the total amount of funds (8% platform handling fee deducted) to the Catholic Delan Association established by the private Delan Children's Center. VégéBon expresses their appreciation for the public’s support and will keep on the effort in research of finer products. 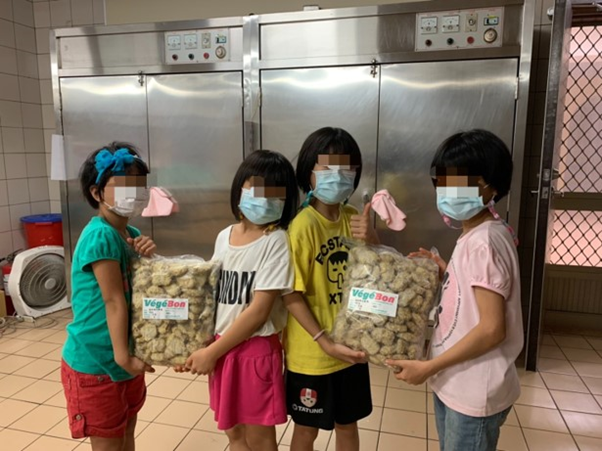 VégéBon’s plant-based chicken nuggets are divided into two types; ovo-vegan and vegan, with 5 flavors to choose from. The main ingredient of plant-based chicken nuggets is soy protein. This not only prevents animals from being persecuted by narrow living space, growth hormones and antibiotics but also greatly reduce carbon emissionAll these factors are crucial to environmental sustainability. That’s why VégéBon is committed to developing plant-based meat. Plant-based meat is a new international trend, and has been embraced by celebrities such as Bill Gates, Leonardo DiCapio, Li Ka-shing, and Andy Lau. In addition, according to California Daily’s report on July 28,2011, the Berkeley City Council in California, USA, has announced plans to reduce its supply of animal food products by 50% by 2024 and replace them with plant-based food products.